We have a free webinar series on this, “Learning How To Create A God Centred Business That Makes Money.”

Melinda Trembath, Letting him ‘drive the bus’ while I’m an attentive & willing passenger!

Sylvie Croslard, Dedicating my work to him, from pace to content, to when to do things, to where to look to find helpers.

Susanna Bateman. It has never been a question of surrendering it to Him for me and Rob as God was the One who created the idea and plan it all in the first place.

He was the One who asked us to do it, it wasn’t our idea to surrender, it was His idea He thought of it and His question for us was, will we be obedient and step out in faith to walk with Him IN it.

Our part was and is to follow His dreams for the business, listening to what He is saying and following His dreams as He continues to create and extend the business.

Our business is an extension of God’s Kingdom here on earth just like anything else we are involved in and living, because our whole lives are dedicated to Jesus.

We see our business as a ministry, an opportunity to release God’s Glory into the lives of our staff, the children, all the families and whoever is involved in LM in any way He tells us.
He goes before us and we follow as closely as possible as we follow His voice and promptings.

It is a vehicle to release His Glory into and over people who otherwise would not come into contact with His love, mercy and grace.

It’s a vehicle to release His miracles to display His splendour in many different ways.

It’s a vehicle that He is driving and we have the awesome privilege of partnering with Him as He shows us how.

I could go on and on, there is so much to say because He is such an amazing God and because He has shown us over and over again that

It’s a bit like what Jesus said, we only do in our business what we hear Him tell us to do, just like He only did and said what The Father told Him to.

Be the first to know when a new episode is released straight to your inbox!

Founder Sarah-Jane Meeson was given a word to inspire women. Since then, Sarah-Jane dreamed about how she could inspire women and unite them together. She knew it was going to be for God and she knew she had a passion for business and just to see people thrive and be all that they can be: no matter what past they’ve had, no matter how much money or where they come from. It’s about them being the best person they can be for God and to help share their story of how God has worked through their life and business.

After chatting with a girlfriend and sitting on the idea for a while, God kept prompting her heart to bring this movement of women together. After some time, Sarah-Jane knew what she needed to do; she bit the bullet and now here it is. Christian Women in Business – a movement of Christian women pushing forward for God in their businesses … and it’s great!

Do you know that it is possible to have a God centered business that makes money? SJ shares 4 basics to make this possible.  Our…

In this week’s podcast, hear Sj’s heart about being a Christian, being a female, being in business and being in leadership.  How God used women to…

Welcome to podcast 52 as SJ introduces the new series of Submitting our businesses to God. The past 4 weeks leading up to the conference… 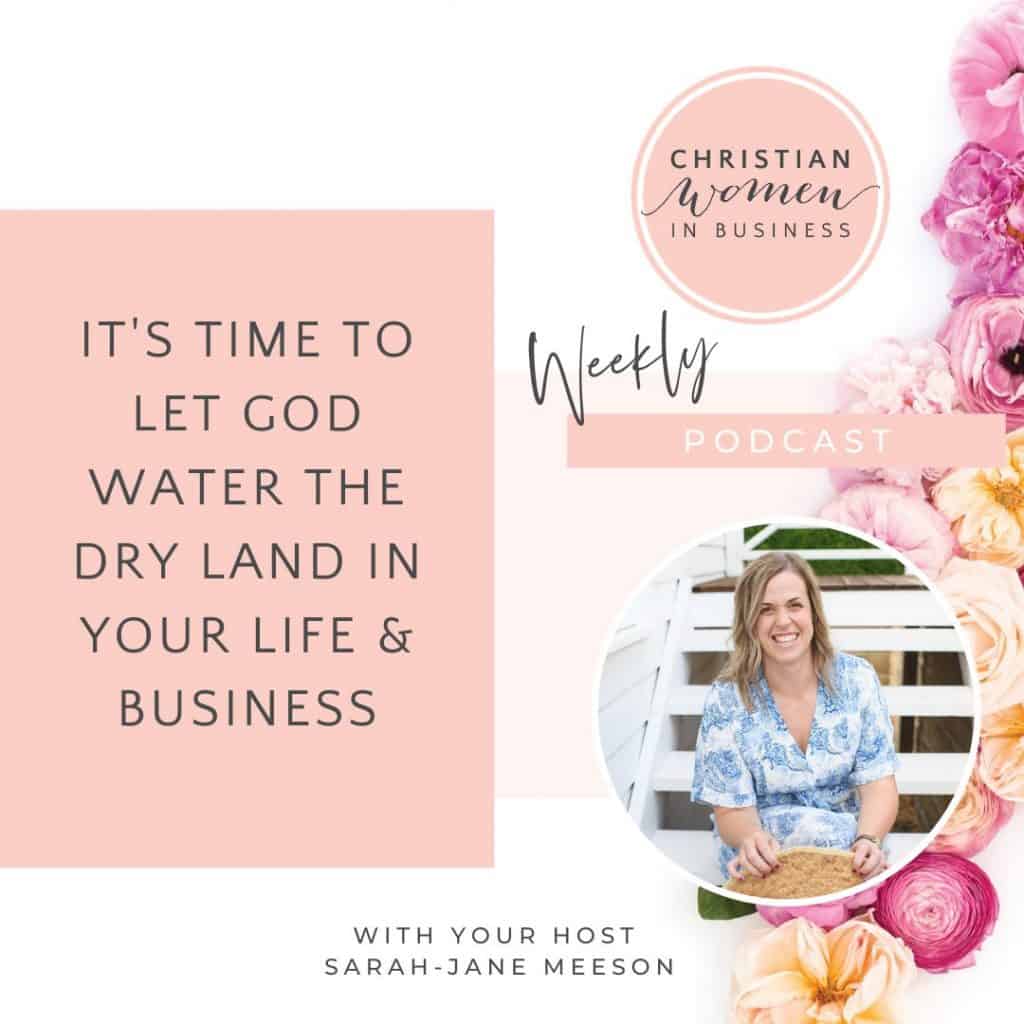 In this week’s podcast, SJ shares the story of why she founded Christian Women in Business and the amazing things that God has done along…

How do we deal with homosexuality being Christians in our business? SJ shares some powerful points that will help empower you as business owners to…